One issue that becomes even more of a problem when using drones for fishing rather than anything else is what happens if you loose control of your drone. We’ve heard stories of drones going “rouge” after a software glitch or a malfunction with the GPS/radio that ended up flying away or crashing into something near by. If you’re using your drone over water you also have the danger of being unable to recover it, your drone maybe waterproof but that’s not going to help when it’s a few hundred yards out sat at the bottom of the sea.

One company in Delaware have come up with a solution to recover out of control drones and they’ve called it the DroneCatcher. 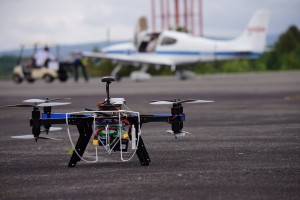 The new drone known as the DroneCatcher has been developed by Seespan.

The tethered system they’ve developed was designed to allow drone pilots to fly closer to the public safely, the current rules by the FAA in America don’t allow drones to be flown within 500 feet of the public but Seespan are applying for an exemption to allow their drone to get withing 50 feet. In the UK the CAA (Civil Aviation Authority) have similar guidelines when flying near the general public. 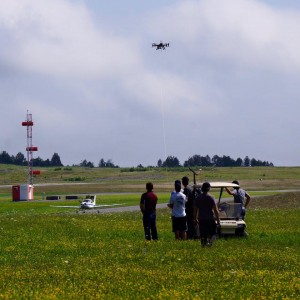 Mark Ryan who launched the company claims it’s unique design, it can be used up to 1 kilometer and be reeled in at 400 feet per 12 seconds. They haven’t announced pricing plans at the moment.

The drone is anchored  to something on the ground or even a vehicle, then an on board device allows the pilot to pull the drone in smoothly without crashing. 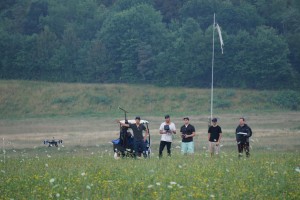 The Seespan team during a test flight of the DroneCatcher.

A tethered  system would certainly solve the issue of recovering a drone that’s crashed into the sea and would work great with a waterproof drone such as the AguaDrone. We don’t think there would necessarily be an issue with tangled lines when using the drone for bait delivery but it’s something that we’ll only know after someone’s tested it in the field. 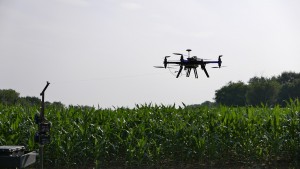